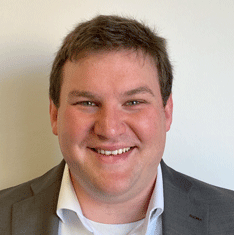 Meanwhile, global and long-term trends are making their lasting mark, with big implications for policymakers. On Thursday, the Bank of England raised interest rates to their highest level for 13 years and projected inflation rates of 10% by the end of the year, driven by disruptions to energy and food supply from the war in Ukraine and the impact of Chinese COVID-19 lockdowns on manufacturing and supply chains.

A major cost of living crisis and a growing risk of recession are particularly bad news for people on lower incomes, and worse for those already in poverty. And now there is evidence that even the most resilient groups are starting to feel the squeeze: self-reported financial resilience is now lowest among those aged 30-49, but the sharpest deterioration over the last five months has been among people aged 70 or over.

As ever, crises can tell us much about the policy process at the heart of government. Just as the Chancellor’s Spring Statement failed to put forward measures that would adequately help the country’s least well-off, Cabinet’s much-trailed ‘brainstorming’ session to find innovative ways to support the public through the cost of living crisis was ultimately too constrained by the need for spending restraint and the desire not to damage longer-term objectives to come up with anything equal to the task.

Writing for the Institute for Government on Tuesday, Giles Wilkes points out that requiring all ideas to be fiscally neutral is not conducive to finding measures that stand a chance of making a tangible difference for the hardest-pressed in society.

It is notable that the Chancellor prefers to view this as an opportunity to plan tax cuts for a little further down the line. Meanwhile, Government continues to assert the importance of civil service efficiency, announcing a new training programme targeted at sustainable and cost-saving approaches to major projects.

The cost of living crisis also shines a light on another classic challenge for policymakers. The needs of short-term response will often undermine the measures that make more sense from a long-term planning perspective. In this case, measures to directly reduce the cost of energy now could easily backfire when they are assessed against the more lasting priority of reducing energy use and facilitating a transition to renewables. This is part of the emerging complex picture of how net-zero objectives will fare given the impact of war in Ukraine.

Here are our recommended reads for you this week:

John Curtice offers a strong immediate analysis of the Local Election results. Writing in The Times (£), he points out that a rather complex picture — Labour success in London, Conservative resilience in the ‘red wall’, strong showings for smaller parties — does little to help MPs make important decisions about the future of their leadership.

One of the crucial areas of local debate in the buildup to Thursday has been the often-controversial ‘low traffic neighbourhoods’ policies pursued by many councils. Esther Webber explores the issues in this piece, and once again it is striking how diverse public reactions have been. LTNs are popular and effective in some places, but create deep hostility and highlight a lack of real community engagement in others.