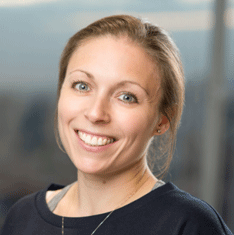 Politics was back with a bang this week, with the administration catching up after the political pause for the period of mourning. We had confirmation of the energy bill support package for businesses, the new health secretary’s ‘plan for patients’ (tepidly welcomed, nowhere near ambitious enough to solve anything) and today’s mini-Budget/fiscal event. Today’s edition of The Week is focused on the latter.

But before we get to that, a reminder that Reform also had a busy week. Yesterday we launched the next phase of our new strategy — a major research programme entitled ‘Reimagining Health’. As part of the launch, we organised a cross-party letter from ten former health and care ministers, published in The Times, welcoming our new programme and calling for an “urgent” and “honest” conversation about the future of health. Get in touch with any thoughts, feedback and ideas!

Back to the budget — or rather Plan for Growth. Despite identifying fiscal responsibility as one of his three key priorities (the other two being supply side reform and cutting taxes to boost growth), the Chancellor blew a gigantic hole in the public finances. Exactly the size of that hole we don’t yet know — we won’t get a fiscal forecast until later this year — but the very uncertain projected cost of the energy support package is £60 billion, and the Treasury calculate the Plan for Growth measures will cost £45 billion by 2026-27.

The measures are a huge gamble that tax cuts equal growth equals a bigger pie equals more money for public services. Or, as Paul Johnson of the IFS put it: "This is a huge economic experiment which carries with it lots of risks as well as, we hope, the potential upside in terms of economic growth”.

Have a great weekend, and we’ll be back to a regular The Week next Friday,

A plan for tax The headlines: the top (45p) rate of income tax will be scrapped and the basic rate will be cut from 20p to 19p next April. Three tax increases announced by the previous administration — rises in NI, dividends tax and corporation tax — will be cancelled. All in all, the measures add up to a whopping £45 billion in tax cuts by 2026-7.

Each measure on its own may have some merit, but tax cuts with no plans to reduce spending, and a cavalier attitude to borrowing don’t seem like the instincts of a Government committed to fiscal responsibility. Take the NI reversal — the Government has confirmed it will not be cutting the NHS budget (no surprise there), so where is that £13 billion being taken from, a different departmental allocation?

Alongside broad cuts, two other tax announcements raise eyebrows at Reform HQ. Plans for investment zones, where local areas agree to liberalise planning rules in exchange for lower taxes could be a useful tool to drive growth and investment in left behind areas. But there isn’t much evidence that existing policy in this area (enterprise zones anyone?) has really had the desired impact.

The move to abolish the Office for Tax Simplification and instead asserting that all tax officials will now strive to be simplifiers also looks a bit iffy. We couldn't help being reminded of that old adage: if something is everyone’s responsibility, it’s really no one’s responsibility.

While the Government is banking on major tax reform to drive growth, the Chancellor complimented this with a series of supply-side reforms aimed at unleashing the “entrepreneurial drive” and "potential” of the country.

These include the announcement of a new Planning and Infrastructure Bill to cut regulation and drive faster rollout of large infrastructure projects. Alongside this, the Chancellor promised new incentives to encourage disposal of surplus government land, with departments to retain a higher percentage of receipts from any such sales.

Though we await the exact content of the new planning bill, these measures seem like good news. The planning system is complex, slow and bureaucratic, with projects of all sizes moving forward at a glacial pace. Incentives for disposal of unused government land should create opportunities for productive development. If ministers would also commit to taking quicker central decisions on approving infrastructure projects, this package of measures could be a significant step forward.

Much-trailed stamp duty reforms were also announced, with thresholds doubling to £250,000 for all buyers and rising to £425,000 for first-timers. Stamp duty is a bad tax, but the changes risk adding further demand-side pressure to the UK’s heated housing market. So, the promise of an autumn plan “to unlock homeownership for a new generation by building more homes” is welcome — whether they deliver (where successive governments have failed) remains to be seen.

The Chancellor announced a change to universal credit rules to encourage people to seek “more and better paid work”, by changing the Administrative Earnings Threshold (AET) from 12 hours to 15. In practice, this means those able to work, who don’t have caring responsibilities and aren’t long-term sick, will be expected to work longer before the requirement to search “intensively” for more hours is reduced.

It is fair to expect that people capable of working more make a serious effort to increase their hours — the aim should be to move people off UC because their earnings are too high to qualify. And the Chancellor is right to point out that there are currently more vacancies than unemployed people to fill them. But it it also worth noting that the vaccines need to be in the same place as the people seeking more hours!

The promise of increased support for people aged over 50 who are either newly or long-term unemployed is welcome. But, as Reform has long argued, Government doesn’t do nearly enough to support those who are economically inactive — and therefore not defined as unemployed — back into work. This is a particularly worrying oversight, given that the over-50s account for more than two thirds of the sharp, post-pandemic increase in economic inactivity.

The Government are taking on the unions. The Growth Plan will ensure “minimum service levels” are put in place for transport services, to ensure that industrial action doesn’t prevent people going to and from work. The Government will also legislate to require unions to put pay offers to their workers once negotiations have “genuinely broken down”. Undoubtedly, unions have an important role to play in advocating for worker pay and conditions. But this shouldn’t rule out having conversations about the limits of strike action, and which forms of industrial action are unduly disruptive or harmful to the public.