Interest in blockchain does not seem to be going anywhere anytime soon. Increasingly, it is being proposed (in a variety of contexts) as a potential solution for the storage of patient health data. Much of the excitement about blockchain’s potential stems from blockchain’s features of immutability, anonymity, and decentralised control, which are particular benefits for the healthcare and life sciences sector. But, unless the personal data stored on the blockchain is truly anonymised (which, in practice, is very difficult to achieve), the storage and processing of that data will need to comply with the EU General Data Protection Regulation 2016/679 (“GDPR”). However, these very features make it very difficult for blockchain technology to comply with the GDPR.

Many of these issues can be mitigated, but the result may be a solution which does not resemble a ‘true’ blockchain. For example, a private permission based blockchain, would allow a controlling entity to identify all participants, categorise their activities as a controller or processor, limit the risk of transfer of data outside the EEA and paper the participants’ obligations appropriately. Furthermore, “work arounds” such as storing most of the personal data “off chain” and being able to remove all access to the blockchain may alleviate some of the issues around erasure, data minimisation and storage limitation.

The EU Commission has expressly stated its interest in looking into opportunities offered by blockchain, including launching initiatives such as the EU Blockchain Observatory and Forum and the EU Blockchain Infrastructure (EuroChain) which aim to make the EU a knowledge hub and leader in the application of blockchain. As a result, the EU Commission may come to appreciate the difficulties posed by GDPR for certain blockchain applications and might adopt a progressive approach, providing guidance which endorses certain “work arounds” as GDPR compliant. 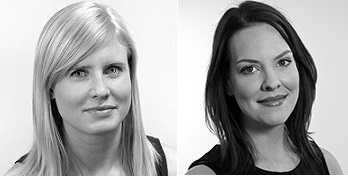