Failing to upgrade the UK’s customs collection technology before Brexit will be “catastrophic”. This assessment, by Meg Hillier, chair of the Public Accounts Committee, was offered hours before a Reform panel event on the future UK border.

Meg Hillier’s words highlight the Government’s predicament for border management. Brexit will offer new challenges for a border accustomed to processing over 200 million EU imports and 36 million citizens seamlessly. Longer-term trends also pose challenges. Despite Brexit, trade will grow, and the number of people entering the country will likely double by 2050.

But there are reasons to be optimistic, the panel agreed. Tony Smith, former Director General, UK Border Force, pointed to the Government’s strong track record on issues of security and ability to handle unique events, such as the 2012 Olympics, successfully. Tim Ellis, Government Services EMEA Director at KBR, argued that with good planning, technology organisations were ready to upgrade the border to meet Brexit challenges securely. Gavin Robinson MP argued that with clarity over the new trade deal with the EU, new technology offered solutions to those crossing the Irish land border.

Nevertheless, the panel agreed that this should not just be an exercise in managing Brexit. Tony Smith raised the question of what comes after e-gates? Maisie Borrows, Researcher at Reform, answered that biometric tunnels could allow “seamless” access to passengers, without the need for any barriers. This technology is being piloted in Dubai – and Tim Ellis argued that millennials are happier to share biometric data than previous generations.

Using this technology in the UK will not be a cut and paste job, panellists concluded. Government should start thinking about how to employ these next-generation approaches now. As the NAO recently argued, government has a strong record of solid border performance, but has struggled to employ transformational technology.

This transformational technology can turn the border into an asset. Better data sharing between government and business can help cargo ships fill unused space, Tony Smith argued. Tim Ellis pointed to the opportunities of developing pioneering technology, such as blockchain, as part of border policy.

The UK border, on these terms, has a bright future. Meg Hillier is right to point to the challenges facing the border during Brexit. Yet there is not only a “willingness, desire and knowledge to get the border issue right”, according to Gavin Robinson, but the technology too. Now is the time for government to employ it.

The event took place on Tuesday 14 November 2017 at the House of Commons. 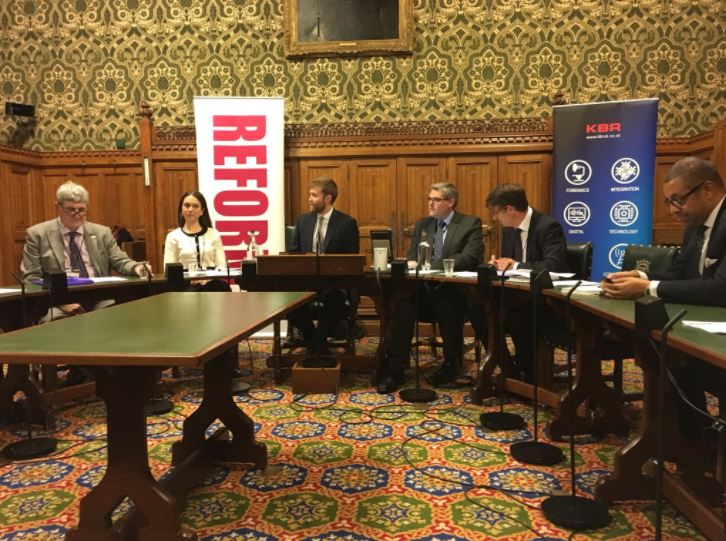