Powering the UK's approach to AMR: the future of AMR policy

Antimicrobial resistance (AMR) is a major challenge to the UK’s health security, and is already responsible for a significant burden of death, disability and prolonged illness globally. If left unaddressed, the growing resistance of bacteria, viruses and fungi to the drugs commonly used to treat them threatens modern medicine, and with it, our ability to carry out standard medical procedures. A recent study in the Lancet estimated that, worldwide, 1.27 million deaths can be directly attributed to AMR — making it deadlier than HIV or malaria.

The UK is a world leader in its approach to AMR: publishing our first national strategy and action plan as early as 2000, and adding it to the National Risk Register in 2015, alongside risks such as “catastrophic terror attacks”, and “pandemic influenza”. To sufficiently ‘contain and control’ AMR by 2040, though, as the UK’s 20-year vision sets out, further action will be needed across government, with the close support of industry.

A Reform report published in 2020 highlighted the threat of AMR and made a number of key proposals for reform.

This briefing paper draws on the expert input of a roundtable held by Reform last month — led by Dr Colin Brown, Director of Emerging and Clinical Infections at the UKHSA — to assess progress made against these proposals. It takes vital learnings from the COVID-19 pandemic to provide practical actions that Government could implement to drive change, with a particular focus on the role of rapid, accurate diagnostics in supporting surveillance and managing infections; creating AMR awareness campaigns that citizens can trust and relate to; and creating structures to enable effective, cross-government working.

Our work on Powering the UK’s approach to AMR was kindly supported by BD. 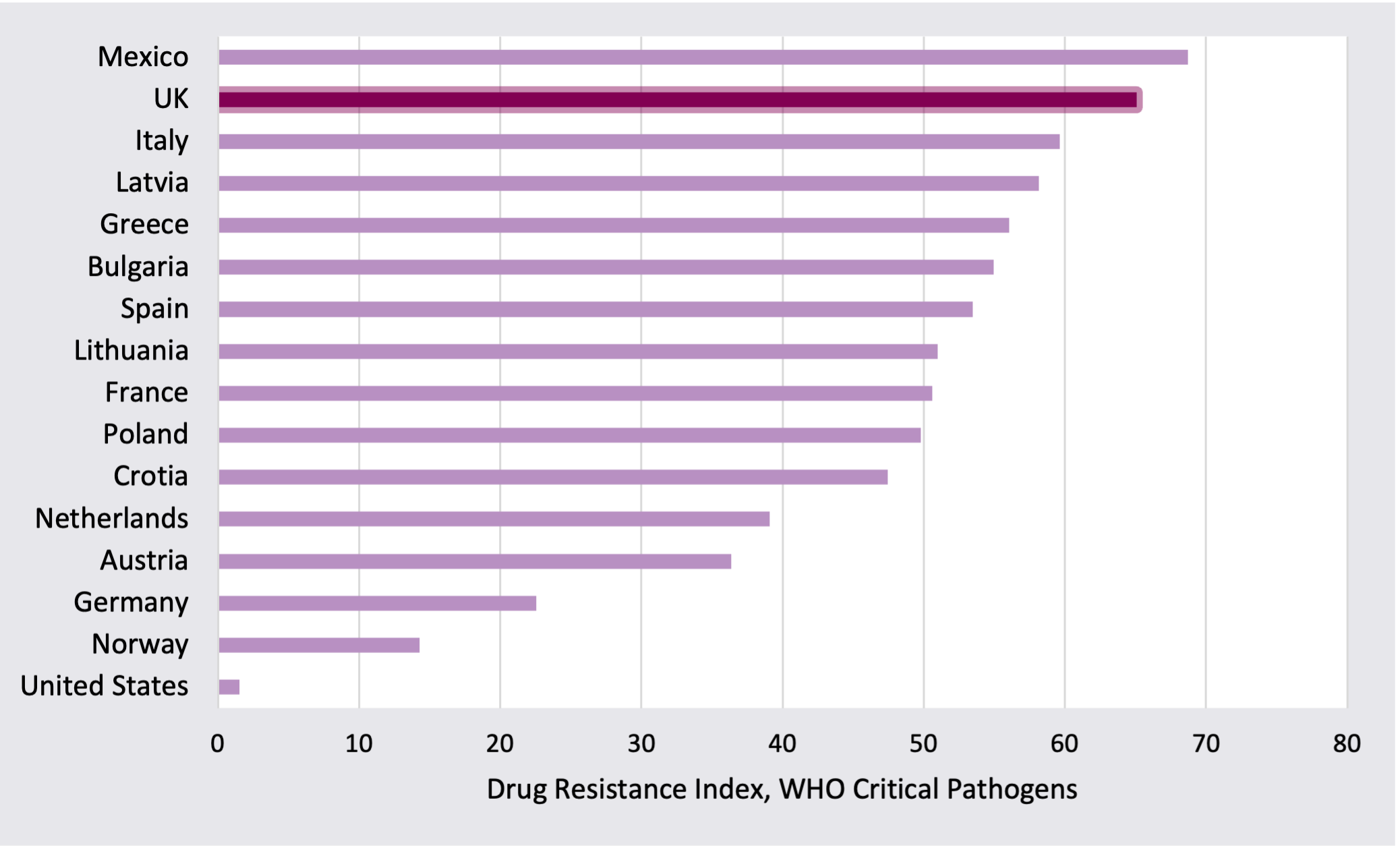