"Public services think tank Reform has been monitoring the early work on AI and suggests that it could find momentum from contributing to the long term demand for more cost-effective services. Researcher Alexander Hitchcock says this could apply particularly to healthcare. “There are challenges in terms of funding the NHS, and if the government can create a debate about the means to improve the NHS, reduce its cost with technology and say ‘This is h

ow AI works’, it can be a useful means to incorporate it into public services,” he says. He adds that it could be possible to build a moment through an early focus on low risk initiatives. “What government should be doing is focusing on the small wins and aiming for a snowball effect. So in the next few years it can use the technology that is proven to work and is not a high risk, like the more basic administrative stuff. “It can create a momentum in the use of AI to show internally in government what it can do, even though it might be less innovative than some of the stuff coming from the private sector. That will involve piloting, probably at local level and with small budgets.”

Andrew Haldenby, Director of Reform, gave an interview originally to the British Journal of Healthcare Computing. He argued that the NHS needs to be on the "right side" of the digital revolution. “What’s so refreshing about health technology is that it’s so easy. It does make healthcare part of the consumer revolution which we’ve seen in some many other parts of our lives. “That doesn’t mean that it’s going to be simple, but it will be convenient, it will be exciting, it will be easy for people and it will be fantastically accessible".

Alexander Hitchcock, Senior Researcher at Reform, wrote an article in Civil Service World following the Office for Budget Responsibility (OBR)'s public finance projections. The OBR predict that debt will be 224% of GDP by 2067. He argued that pushing ahead on the localism agenda, and giving local areas control over the delivery of public services, is the way forward. It provides an opportunity to deliver localised services at greater value for money. For example, healthcare commissioners in Cornwall have combined to reduce non-elective emergency admissions for people with long-term conditions by 40% between 2013 and 2014. However, the Government could be doing more to push the localism agenda for public services.

"Acting now presents an opportunity to deliver public services that deliver the best outcomes today, without bankrupting the country tomorrow."

Alexander Hitchcock, Senior Researcher at Reform, wrote an article in Prospect after the release of the Office for Budget Responsibility's fiscal projections. Costs for the NHS are set to rise from 6.9 per cent of GDP in 2021 - 22 to 12.6 per cent in 2066 - 67, which is not sustainable for public finances. He argued that the projections should provide fresh impetus for the government looking to deliver an NHS that can meet the needs of 21st-century patients. There are ways this can be done. The use of mobile apps could triage patients, particularly the "worried well", freeing up GPs for other appointments. Larger general practices can deliver urgent care, diagnostics and even minor surgery. Also, the wider NHS workforce, particularly nurses, pharmacists and physiotherapists, could be used much more effectively by GPs, freeing up their own time even further.

"Reform has always been needed in the NHS to meet the needs of patients at lower costs. Yesterday’s OBR figures up the stakes: reform is now needed to ensure the existence of the NHS."

William Mosseri-Marlio, Research Manager at Reform, wrote an article in City A.M. in the aftermath of the Office for Budget Responsibility (OBR)'s judgement on the long-term health of the country's finances. According to the OBR, by the 2060s the UK will be reaching levels of borrowing not seen since the Second World War. He argues that the government needs to act now to offset some of the burden that future generations will face. This will include achieving much greater value for money from our healthcare system; reducing the cost of the State Pension by scrapping the triple lock; and, when developing policy, looking at much longer-term trends than simply the next election date.

"Theresa May ended her Brexit speech with a call for Britain to become a lower tax, economically vibrant competitor to the Continent. Her words will fall flat unless her government takes to heart the OBR’s warnings."

Alexander Hitchcock, Senior Researcher at Reform, appeared on BBC Radio 5 Live to discuss how to deliver a sustainable NHS. He argued that the NHS needs to think long-term in order to deliver a sustainable system. The needs of a 21st century population are often centred around managing long-term conditions; reactive care models aren't the right answer. More care needs to be delivered in the community rather than by hospitals. Listen to the full episode here.

The Telegraph published an article on the current state of NHS hospitals. Andrew Haldenby, Director of Reform, was quoted in the article. “In Germany you go to hospital, but when you start to recover you move on, probably to another unit on the same site,” says Andrew Haldenby, director of the think tank, Reform. “If you’re very sick you need to be in hospital but there comes a point when you don’t need all the bells and whistles that go with a hospital bed.” At least one private company is trying to introduce such German-style units to Britain but an illogical resistance to this is slowing the pace of change, adds Haldenby: “Politicians talk about the private sector as if it’s barely in the NHS because in the public mind private equals having to pay, but almost all GPs are self-employed, so are dentists, pharmacists, physiotherapists. Every MRI scanner is made by a private company. The whole thing is a big public/private partnership.

“Health reform is hard because there are such powerful lobbies, particularly the BMA. They are willing to genuinely fight any government they think is changing the system not to the benefit of their members . If you ask “Who do you trust?” polls will tell you 90% of people say doctors 5% politicians, it’s an unfair battle.” 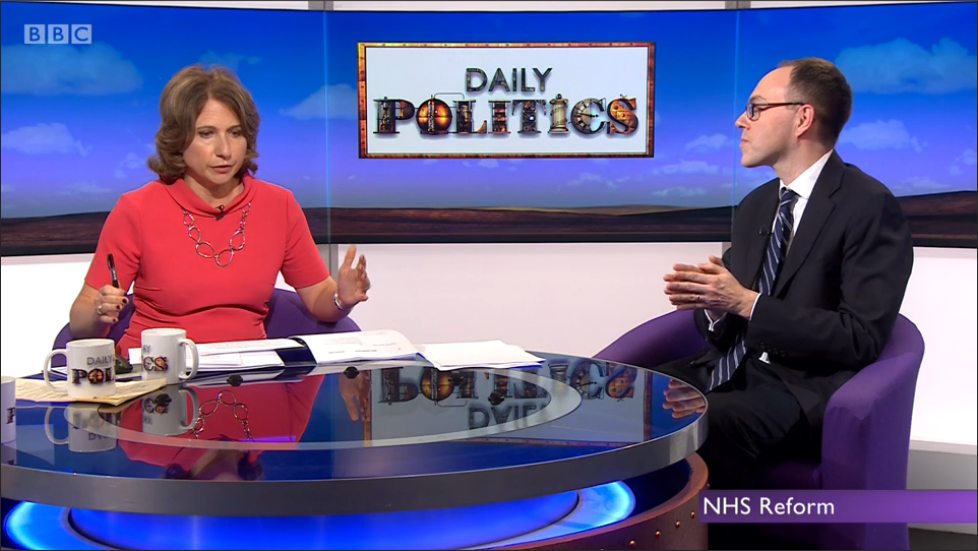 Andrew Haldenby, Director of Reform, appeared on BBC 2's Daily Politics to discuss the NHS and future spending. He argued that change is needed in the NHS with a new way of doing things being crucial. Currently, it is making poor use of the money it gets and there is a great strain on hospitals because patients are encouraged to go to A&E. Giving the NHS a windfall of money would mean the NHS would not feel the need to make the larger changes needed. Watch the full programme here. Watch Andrew's soapbox video created for the BBC here. 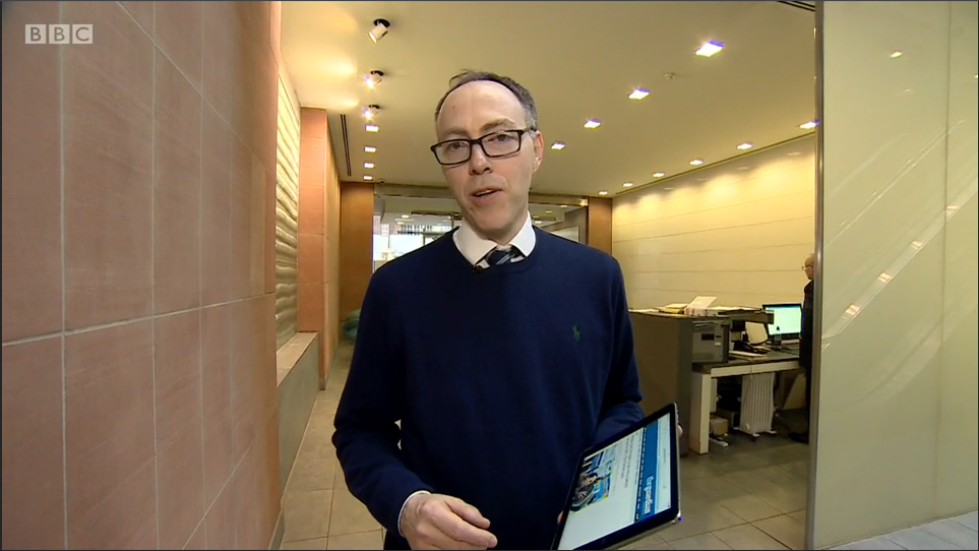 Andrew Haldenby, Director of Reform, made a soapbox video for the BBC 2's Daily Politics ahead of his interview on the programme that took place on Monday 9 January on the same theme. He argued that "new ideas" are needed in the NHS, not just more money. He highlighted the work that Babylon Health is doing. Their app is delivering quality healthcare much faster for their patients, offering online consultations, and also using artificial intelligence to focus on prevention of ill-health as well.