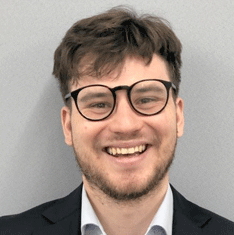 ‘Without fundamental reform, the health – and therefore prosperity – of the nation, along with the NHS itself, will continue to decline’. That’s the verdict of 10 former health and care Ministers in an open letter organised by Reform.

We know our current approach isn’t working: more and more money pours into healthcare while waitlists surge; our hospital-centric, specialist dominated model struggles to meet the challenges of an ageing population; and despite decades of public health strategies, toolkits and roadmaps, the health of the nation is in decline.

The obesity rate has almost doubled in the last 30 years, one in six young people lives with a probable mental health disorder, and almost a third of the population has a musculoskeletal condition. Shocking as they are, these top line statistics also obscure deep and stubborn health inequalities. People living in the most deprived parts of the country can expect to live almost two decades less in good health than those in the least deprived areas.

It is with this in mind that Reform is today launching a major new programme of research focused on how to change this.

Fundamental reform of the health system is a daunting challenge. As Lord Clarke, a former health secretary once said, ‘You can declare war more peacefully than you can reform a healthcare system’.

The first step must be changing the terms of debate. For too long, our national discussion has fixated on questions such as ‘how do we fix the NHS?’ and ‘what resources do hospitals and GPs need to meet rapidly rising demand?’ Instead we should be asking ‘how do we boost the health of the nation?’ and ‘how do we reduce and divert demand?’

It is estimated that 80% of health outcomes have nothing to do with healthcare – our health is far more closely related to the conditions in which we grow up, live and work than to anything that happens in a doctor’s surgery or hospital ward. But flick through the pages of a national newspaper or listen to parliamentary debates and you wouldn’t know it.

As the title of a recent book by former NHS head Lord Crisp makes clear ‘Health is created at home, hospitals are for repairs’, but power still sits in the repair shop not with our families and communities.

The imbalance between health creation and sickness treatment is particularly stark when it comes to the role of local government in our health system. Local authorities are responsible for many of the services that have a real impact on the health of the nation – from green spaces and exercise-friendly urban planning, to housing quality and child and social services.

But budgets for these health creating services continue to be squeezed as hospital budgets grow. Local authority public health grants are almost 25% lower in 2022 than they were in 2015-16. In that same period, the NHS’s budget has increased by about a quarter. Our failure to invest in those services that keep us healthy, means rising – and much more costly – healthcare demand.

Some will argue that Integrated Care Systems (ICSs) – which join together NHS organisations with their partners in local government and the voluntary sector – are the answer. And with the right combination of reforming leadership and effective strategy, ICSs may well shift the dial. But without that visionary leadership it’s hard to see how, just via their structure, they will achieve the change that has eluded their earlier incarnations for which there were also high hopes.

Local authorities need more than just a seat around an acute trust dominated, Integrated Care Board table. Without a real shift in power and resources towards health-creating services, the nation’s health will continue to decline while the NHS bill continues to rise.

Reform’s new programme will explore how to achieve this shift. What would radical devolution look like, so that local areas can shape their local health services to meet their specific local needs? How can we move away from the overly centralised model that sees central diktat crush local innovation – both in health creation and health care? How can we reduce and divert demand so that clinical professionals can focus on medical, rather than social, needs? How can we empower communities to boost their own health?

As those 10 former health minsters argue, ‘an urgent rethink is needed’. Failing to do so means further, steady deterioration in our health and our NHS. But the prize available from reimagining the system is immense – a healthier, and therefore more prosperous, nation, and a sustainable health and care system.